Nearly half of our global greenhouse gas emissions come from the extraction and processing of materials, fuels, and food (not including climate impacts related to land use). This means adopting a Zero Waste system and changing the way we produce, consume, and dispose of our stuff is critical to reducing global carbon pollution. Yet too often, Zero Waste is not even a part of the climate discussion.

Together, these solutions offer a tremendous opportunity to reduce greenhouse gas (GHG) emissions. By 2030, Zero Waste strategies could reduce GHG emissions by more than 400 million metric tons of CO2 per year, the equivalent of taking over 80 US coal-fired power plants off the grid! To put this in context, Zero Waste offers greater annual GHG savings than many other prominent climate strategies such as expanding nuclear power or significantly improving vehicle efficiency.

This video highlights the importance of Zero Waste as a local and global climate solution, and offers four critical steps to moving forward. (PS—Share it with your community leaders to help introduce Zero Waste into the climate discussion.)

Zero Waste Is One of the Fastest, Easiest, Most Cost-Effective Short-Term Climate Solutions

Solving our climate crisis means completely transforming our energy sources and transportation systems. These are both big and complex problems, and time is needed to develop comprehensive solutions. Unfortunately, time is in short supply as the impacts of climate change accelerate. Fortunately, Zero Waste strategies can be implemented TODAY, using existing technologies and proven programs, to produce immediate results. Zero Waste can essentially help buy us some time as we work to implement other systemic changes around energy use and transportation.

Communities around the world are actively investing in Zero Waste as a priority climate action. One of California’s first actions in its landmark statewide climate change policy was to require businesses and apartment complexes to recycle, a move that will reduce GHG emissions by five million metric tons. 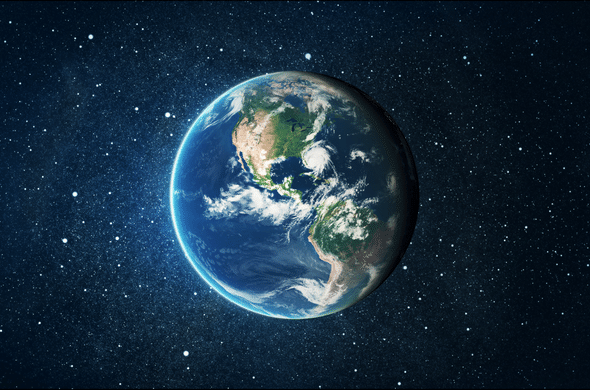 “Recycling is already making a major contribution to keeping down emissions. Indeed, its scale is so little appreciated that it might be described as one of the ‘best kept secrets’ in energy and climate change . . .”

The Impact of Consumption on Our Climate

We use a LOT of energy to heat our homes, to transport ourselves, and to make stuff. Energy went into making the computer you’re using right now, the clothes you’re wearing, the food you ate for breakfast, and pretty much everything you’ve ever bought, used, or thrown away. While communities tend to focus on cleaning up their energy production and transitioning to renewable energy sources when addressing climate change, we often overlook how we use all that energy that we produce and why we need it in the first place. It turns out a huge portion of our energy generation is used to make our stuff, which means our consumption is a primary driver of our climate emissions. And the more we buy and throw away stuff, the more energy it takes to make new stuff, and the faster climate change accelerates. 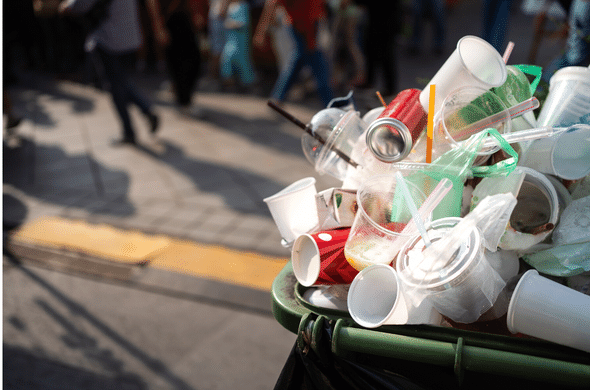 “Using more renewable energy and mass transit won’t be enough to reverse this. We have to reduce our consumption.” 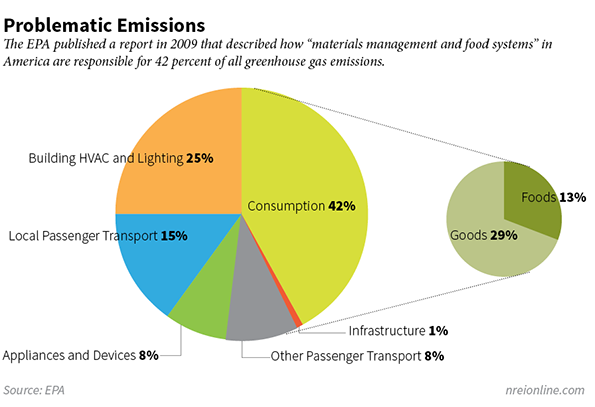 More than 40% of our climate impact in the US comes from our stuff and our food—how we make it, haul it, use it, and throw it away. It’s called our consumption emissions.

Zero Waste addresses the entire system of how we make, consume, and dispose of our stuff, and can substantially reduce climate emissions by changing what and how much we buy, what resources went into making it, how long it’s designed to last, how much gets reused, recycled, or composted, and what we throw away.

Zero Waste reduces carbon pollution in three critical ways: saving energy, reducing methane emissions from landfills, and pulling carbon out of the atmosphere by applying finished compost to our soils. These solutions are covered in detail below. 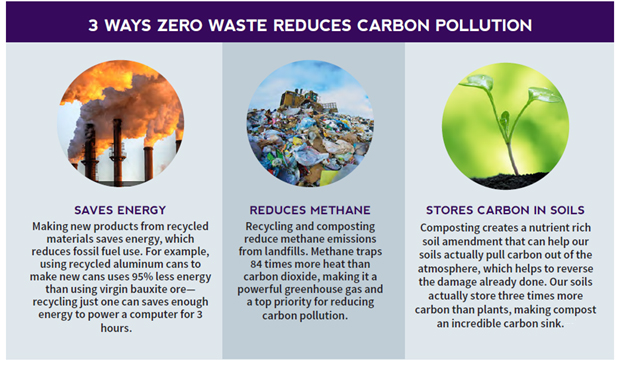 The immediate and largest climate savings from Zero Waste come from the energy we save when we use recycled materials to make new products. Using recyclables such as old newspapers, plastic bottles, and aluminum cans to make new products requires 30–90% less energy than making products from trees, fossil fuels, or metal ores. This means we burn fewer fossil fuels—including oil, natural gas, and coal—and produce fewer GHG emissions. Recycling one ton of materials saves an average of three tons of carbon emissions. 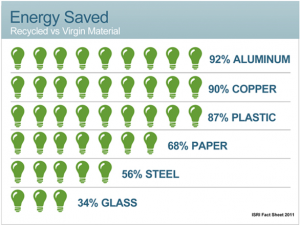 Composting is a critical part of a Zero Waste system and provides two tremendous benefits for reducing climate pollution. First, we can reduce GHG emissions from landfills by composting organic materials instead. Then, when we add finished compost to our soils on our farms and gardens, these healthier soils and plants are better able to absorb carbon from the atmosphere and store it in our soils. This means composting not only reduces the emissions going up into our atmosphere, but it can actually decrease our current levels of carbon dioxide, making composting one of the easiest actions a community can take to reduce its climate footprint. 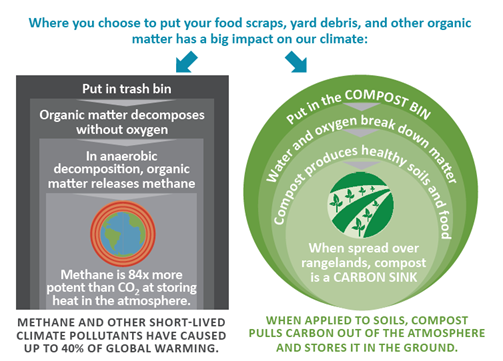 Modern landfills are designed so there is no oxygen inside the landfill once it’s covered. This means biodegradable materials, such as leftover food, cardboard boxes, and grass clippings, decompose anaerobically, or in the absence of oxygen. This process creates methane, a greenhouse gas that traps 84 times more heat in our atmosphere than carbon dioxide in the short term. By contrast, composting breaks down biodegradable materials in the presence of oxygen and water, just like what happens in nature, and doesn’t produce potent methane emissions.

Landfills are the third largest source of methane emissions in the US. In 2017, they emitted 107 million metric tons of CO2 equivalent (MMTCO2e) as measured in terms of climate warming potential over 100 years. However, because warming from methane happens over a shorter period of time than warming from CO2, it is more meaningful to look at the impact of methane over the short term (e.g., over 20 years), than to average it over 100 years. When we consider the impacts of methane over the short term, we see that landfills are emitting 308 MMTCO2e every year—the amount of CO2 that would be produced annually by 79 coal-fired power plants.

Reducing methane emissions from landfills represents a huge opportunity to fight climate change, and the timing couldn’t be more important. There is global consensus that we need to rapidly reduce climate emissions by 80% by 2050. We need fast solutions to meet this rapidly approaching deadline, and reducing methane has been flagged as a critical focus in the next decade.

Methane is one of three special greenhouse gases called Short-Lived Climate Pollutants (SLCPs). True to their name, these gases are very short-lived, but they have an outsized impact on our climate: SLCPs are responsible for 40–45% of global warming to date. The good news is that if we can reduce SLCPs such as methane in the near term, we can see rapid results. Aggressive actions to reduce SLCP emissions could cut in half the amount of warming that would occur over the next few decades.

The best way to reduce methane emissions from landfills is simple: keep organic materials OUT of landfills by recycling all of our paper products, composting leftover food and yard debris, and reducing food waste.

Composting Can Pull Carbon Out of Our Atmosphere

Composting not only reduces the powerful climate impacts of methane, it also creates an incredible carbon sink.

When compost is applied to soil, it provides several important benefits. First, compost creates healthier soil by adding carbon to the ground, which in turn grows healthier plants that photosynthesize more, thereby directly pulling more carbon out of the atmosphere. In addition, these healthier plants store more carbon in the soil and directly nourish soil ecosystems. All told, soils store three times more carbon than our atmosphere, making soil carbon storage one of our best strategies to reduce carbon levels in our atmosphere.

Modern agriculture has greatly depleted the amount of soil carbon around the world, which opens up the possibility to restore carbon in our soils through better agricultural practices and land use management. In addition to adding compost, manure, or other soil amendments that directly add carbon to the soil, other primary ways to increase carbon storage in our soil include:

Increasing soil carbon produces other important benefits as well, including improving soil fertility, water retention, and greater crop resilience, all of which would help agriculture adapt to a warming world. More soil carbon would also reduce the amount of fertilizer needed, decreasing emissions of another powerful GHG—nitrous oxide.

Research out of California shows that widespread compost use could make a big dent in our carbon emissions. Applying compost to 25% of California’s grasslands would sequester 21 million tons of carbon from the atmosphere—equivalent to taking nearly 4.5 million cars off the road each year.

This dual-action benefit of reducing methane emissions and pulling carbon dioxide down out of the atmosphere makes composting one of the most important, immediate actions a community can take to reduce its climate impacts.

Report: Beyond Kyoto: Why Climate Policy Needs to Adopt the 20-year Impact of Methane 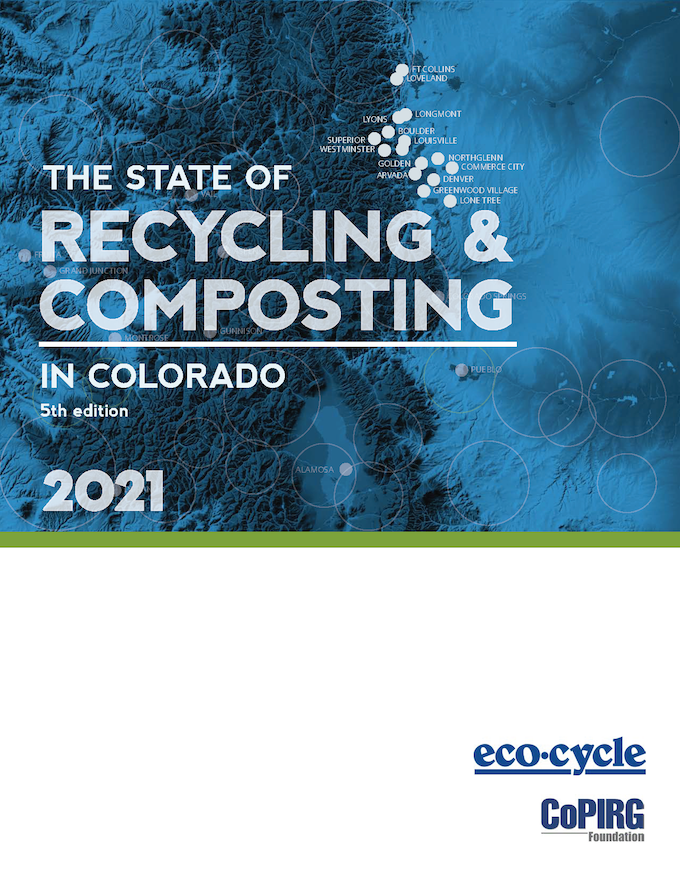 Report: The State of Recycling and Composting in Colorado 2021 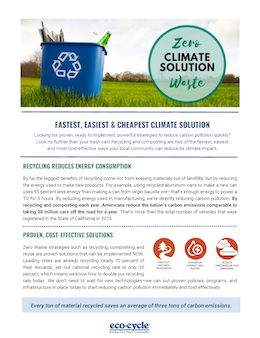 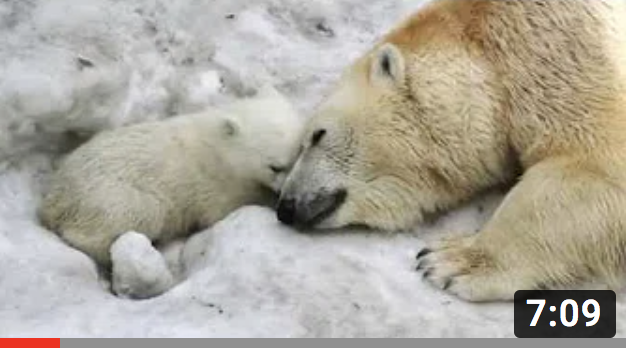