“Don’t recyclables all get thrown in the landfill anyway? Why should I bother with recycling?”

There’s a lot we could say in response to this one, but let’s be clear: Recycling as an industry is NOT a myth. It is a growing industry so key to our economy that in 2020, it was declared an essential industry and service by the Department of Homeland Security. In 2017, this market was valued at about $265 billion USD. By the year 2024, the market is expected to grow to about $377 billion USD. And stats aside, look at it this way: Why would we go through all the trouble and cost of doing recycling outreach, collecting recyclable materials, and sorting them in our facilities if we were just going to put it all in the landfill?

A couple of years ago, China stopped importing recyclables from the United States. There were some recycling programs in the US that relied on sending their materials to China that were badly affected, but for the most part recycling programs have survived and are using this as an opportunity to invest in getting contaminants out of their streams and building and strengthening local markets, which, in the long run, is good news. As always, check with your local recycler to be sure what you’re putting in the bin is actually recyclable, and know that now more than ever it’s important to be recycling and recycling correctly. If you put recyclable materials in your bin, we will recycle them. If you put trash in the recycling, we can’t recycle that.

“You can throw everything in one bin and they’ll sort it for you at the recycling center.”

We do have both machinery and human hand-sorters to separate and sort each material at the Boulder County Recycling Center. However, the main task for those machines and people is to separate one recyclable material from another—since we get all the recyclables mixed together, we have to separate out aluminum, cardboard, plastic #1, plastic #2, and so on. These sorters are not here to sort through your garbage!

“If you put one contaminant in the recycling, the whole load will go to the landfill.”

We want you to follow the guidelines and put only clean recyclables in the recycling bin, but we also don’t want you to stress that if you make one little mistake a whole load of recyclables will be thrown out. We will do our very best to pick out the contaminants, but please keep in mind that this slows us way down, and causes us to lose money and time. There are only a few examples of contaminants that would cause a whole load to be thrown out. If I’m a recycling truck driver and I’m here to pick up a recycling dumpster at an apartment building, for example, and I look down and see that it’s full of diapers, or syringes, or that it’s 80% trash, I’m not going to bring that load to the recycling center. Some other important contaminants that have been known to cause a load to be rejected: ceramic mugs in the glass, lithium-ion batteries, and other materials that pose a fire hazard. So continue to recycle mindfully, but know that if you accidentally throw a plastic cap attached to a glass bottle in the recycling bin, we won’t throw out a whole load of valuable recyclables as a result.

“Landfills sort through all the garbage, and pick out the recycling.”

They sure don’t! In very specific cases, something super valuable like scrap metal may be picked out if it’s convenient to do it, but picking out recyclables is absolutely not the job of workers at a landfill. It doesn’t make financial sense for them to do it, they don’t have the infrastructure or the facilities, and it would be a huge health and safety hazard. Don’t throw valuable recycling in the trash thinking that a landfill worker will go through it for you.

“If an item has the recycling symbol on it, it means it’s recyclable.”

We totally understand why you’d think this, and we wish it were that easy. In our video “What Can Be Recycled?” we talk about how recycling guidelines change from place to place because recycling infrastructure and recycling markets are different from place to place. Because of that, products really can’t be universally labeled for recyclability. Your soda bottle may be labeled with the recycling symbol, but it doesn’t know if you’re in rural Kansas, or New York City, or Zimbabwe. So it can’t tell you whether that bottle is recyclable where YOU are. The recycling symbol, the “chasing arrows” triangle, is a largely unregulated symbol, and anyone can slap it on their product without it reflecting actual recyclability.

“Organics, like food waste, compostable products, and yard clippings will decompose in the landfill.”

Unfortunately, this isn’t true, and it actually poses a huge climate problem. Organics like food waste, yard clippings, paper products, and compostable products are good at breaking down into compost, but they need one little thing to do it: oxygen! Landfills are designed to be airtight. So instead of decomposing nicely like they would in an oxygen-rich environment, organics in the landfill undergo what’s called anaerobic decomposition. Anaerobic decomposition means that without oxygen, not only do the materials break down at an extremely slow rate, but they emit methane as they do it. Methane is a powerhouse greenhouse gas that has a heat-trapping capacity 84 times more powerful than CO2 in the short term. So when we put organics in the landfill rather than the compost, not only are they not going to break down, but they’re going to crank out methane, contributing to climate change.

This is not true. Recycling always has its environmental benefits, whether we’re talking about saving water, energy, resources, or money. According to data from the Environmental Protection Agency, the benefits of recycling to the planet are clear:

Based on EPA data, since 1970 the US has recycled and composted over 2.29 billion tons of materials, saving an estimated 4.5 billion barrels of oil and reducing our carbon emissions by more than 5.5 billion tons (MTCO2e), the equivalent of taking over 1 billion cars off the road for a year.

“Because we have to rinse out our recyclables, the water waste isn’t worth it.”

The recycling process saves water compared to making products from virgin materials (learn more in our “Recycling Myths Explained” video). Most people who ask this question are only thinking about the water used after the product exists, but forget about how much water and resources are used to make that item from virgin material in the first place. Recycling always reduces the impact that the product has on the earth. Of course, water conservation is key, but there’s no need to use a lot of water to rinse your recyclables! In Boulder County, we ask only that your food and drink containers be empty and reasonably free of residue.

Sometimes, you’re out and about and you don’t have access to a sink. If that’s the case, just make sure you drink ALL your soda, or eat ALL your yogurt or take-out food before throwing the container in the recycling. Otherwise, your soda or yogurt is going to spill on the rest of our materials and we can’t recycle them. If you DO have access to a sink, just give it a quick shot of water (it could even be gray water), shake it up for a moment, and then make sure it’s empty. If it’s something tricky like peanut butter, do your best with a spoon or spatula—try giving it to your dog if you have one—whatever you can reasonably do to get the most peanut butter you can out of there. The reasons we don’t want lots of food or drink residue in our recycling is because it makes our workers sick from mold, attracts rats and stinging insects, and reduces the value of the materials. But no need to use gallons of water and soap or run your recyclables through the dishwasher! We care about water waste, and recycling saves water. 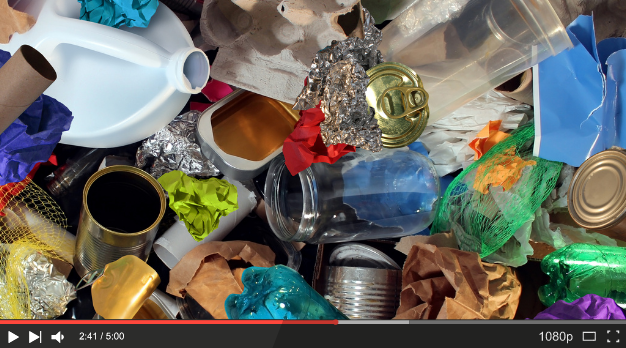 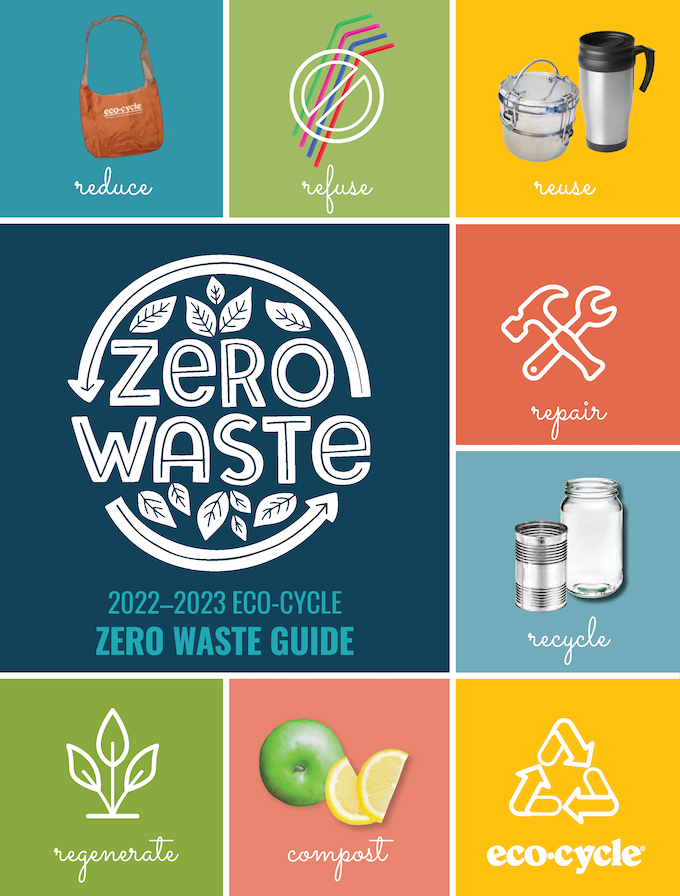