One of the most hopeful climate solutions is right under our feet!

In the fight against climate change, we know how important it is to put everything we can into reducing greenhouse gas emissions. But if we are to succeed in keeping our emissions below the critical 2 degrees Celsius threshold, it will also require that we go beyond reducing emissions to “carbon farming,” a way to actively remove carbon from the atmosphere and store it safely in our soils.

Carbon isn’t a BAD thing—natural carbon levels are a building block of life. Plants pull carbon out of the air, and soils store it, creating a positive feedback loop for life on our planet. The problem we are facing with carbon is that we are burning fossil fuels and implementing agricultural practices that have undone the carbon balance, taking carbon that was in the ground, such as fossil fuels, and moving it into the atmosphere. As a result, we are heating up the atmosphere and destabilizing our climate.

That’s where carbon farming comes in. Carbon farming involves implementing regenerative farming practices such as “no tillage,” cover crops, grazing, and adding amendments such as compost that restore living ecosystems and increase soils’ ability to draw down atmospheric carbon and store it safely in the ground for the long term. Compost is an essential piece of carbon farming; it drives the regeneration of soils with an infusion of beneficial soil microbes.

When organic material is composted and applied to soils instead of being sent to the landfill, it transforms from being a major source of greenhouse gasses to one of our best tools for fighting climate change. Plants and healthy soils enriched by compost help draw down excess CO2 from the atmosphere and store it long-term in the soil. We can reverse the damage we’ve already done by reducing atmospheric CO2.

The Marin Carbon Project (MCP), a pilot of carbon farming practices in California, found that if compost made with manure was applied to just 5% of the state’s rangelands, it would offset carbon emissions from 6 million cars. Here is how the MCP defines carbon farming:

Common agricultural practices, including driving a tractor, tilling the soil, overgrazing, clearing forests and degrading water sources, result in the return of this soil and biomass carbon to the air. It is estimated that as much as one-third of the surplus CO2 in the atmosphere that’s causing climate change has come from agricultural and land management practices.

On the other hand, there are certain commonly used agricultural practices through which photosynthetically derived carbon can be sequestered and stored in the soil. Carbon farming involves implementing practices that are known to improve the rate at which CO2 is removed from the atmosphere and converted to plant material and soil organic matter. Carbon farming is successful when carbon gains resulting from enhanced land management or conservation practices exceed carbon losses. — Marin Carbon Project

Eco-Cycle is implementing carbon farming pilot projects here in Boulder County and beyond.

We have much yet to learn about the potential of soil as a global carbon sink, best methods for long-term sequestration, and perhaps most importantly, how to incentivize the massive adjustments to farming and land-management practices that are necessary. We also have yet to explore the potential of using urban landscapes as potential carbon sinks. 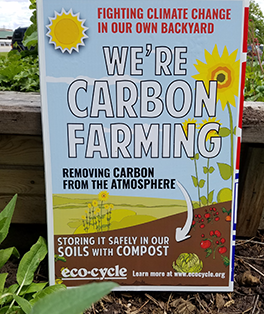 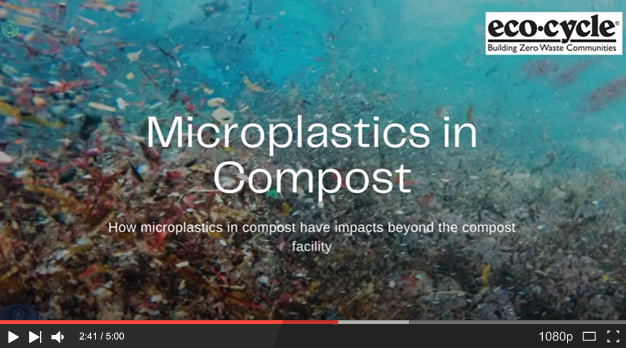 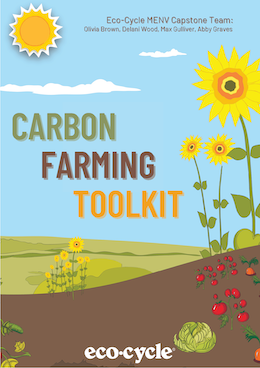 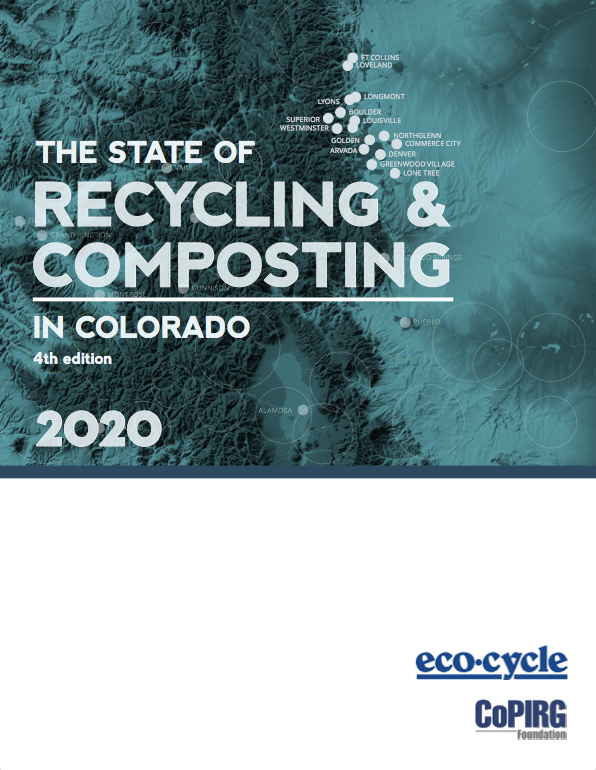 Report: The State of Recycling in Colorado, 2020